COLORADO CANNABIS TESTING UPDATES: WHAT YOU SHOULD KNOW

If you follow the Colorado cannabis industry, you may have heard some talk of changing pesticide testing requirements. While specific pesticides have been banned for a while now, testing has not been fully mandated until this point. At Evolab, we’re proud to have one of the best equipped internal testing labs in the industry, so we always go above and beyond minimum required testing standards to ensure the safety, purity and consistency of all of our products.

At long last, the Marijuana Enforcement Division (commonly known as the MED) has implemented mandated testing for a short list of pesticides on ALL raw cannabis produced in Colorado as of August 1, 2018. The official statement can be read here.

Now that the MED has mandated this testing protocol – how will these effects be felt in the cannabis industry and with the cannabis consumer?

Likely the biggest impact of these new regulations will be felt by cannabis cultivators that now have to manage the burden of increased testing costs, frequency of testing and the possibility of a failed result. These tests are not cheap, they take time – and in the result of a ‘failed’ sample – there are no remediation steps that can be employed to fix the cannabis (unlike what is sometimes used for microbiological contamination). All failed cannabis will be destroyed.

It seems that it should be easy to comply with these testing requirements for cultivators — simply don’t use these banned pesticides, right? However, it isn’t always that simple.

In the cannabis industry, there have been rumors/tales of an indoor grow that tested ‘hot’ for pesticides that never used the suspected pesticides. Investigation into the situation suggested that trace pesticides attached in the HVAC filters were contaminating the grow. Some might find this story hard to believe, but it certainly draws question that when testing for trace pesticides – could low level environmental contamination show up in the assay?

Adding more challenges to this situation are cases such as with the Guardian Mite Spray – that was advertised and approved as a clean/natural product. Unfortunately, the manufacturer put in a secret ingredient – abamectin, which is a banned pesticide in all states that allow recreational cannabis. Growers were confident that they were producing clean cannabis with only approved additives, but their tests came back with abamectin. Crops were destroyed, and growers were left puzzled until further analysis revealed the undisclosed ingredient. You can read more about that debacle here.

In the laboratory, pesticide testing is difficult – quite possibly the most challenging set of analyses to do on cannabis. The detection limits and standards that designate a pass/fail are very low – and this adds increased pressure on the laboratory. Moreover – the analytical machines used for this testing are very expensive and require a highly trained technician to do the work. For the past many months, the MED and CDPHE (Colorado Department of Public Health and Environment) have been working with licensed labs to get them properly certified for this testing – and to make sure enough labs are prepared to test for the entire industry without creating a bottleneck.

So what does this exactly mean to the cannabis consumer? At the very least, this is a good step forward to ensure public safety. Because growing cannabis at scale is more difficult than most imagine, the temptation for cultivators to use pesticides when there’s an outbreak of pests or disease is significant. While the MED has done a good job at managing the use and abuse of pesticides during the cultivation of cannabis, there is strong suspicion that up until now – some cannabis may have been sold that had not been properly screened for pesticides.

However, it should be noted that in all states where recreational and medical cannabis has been legalized – these QC mandates have not been established based on epidemiological studies in large human populations. It’s pretty obvious these studies could not have been done on all pesticides on cannabis to establish human safety details – so it seems that states have taken guidance from the food and agriculture industry to set these standards and/or simply erred on the side of caution. These standards may be too restrictive, or not restrictive enough – only time will tell. One thing is for certain, this list will certainly grow as more chemicals will be added to the screening assay.

Thus far, the roll out has been relatively smooth for cultivators, labs, producers and retailers. While a notable quantity of cannabis has failed testing, this change is surely a good thing for the industry overall as higher standards are implemented. You can read my other recent post on pesticides and other cultivation practices here. 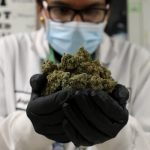 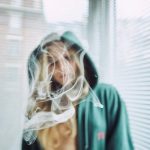